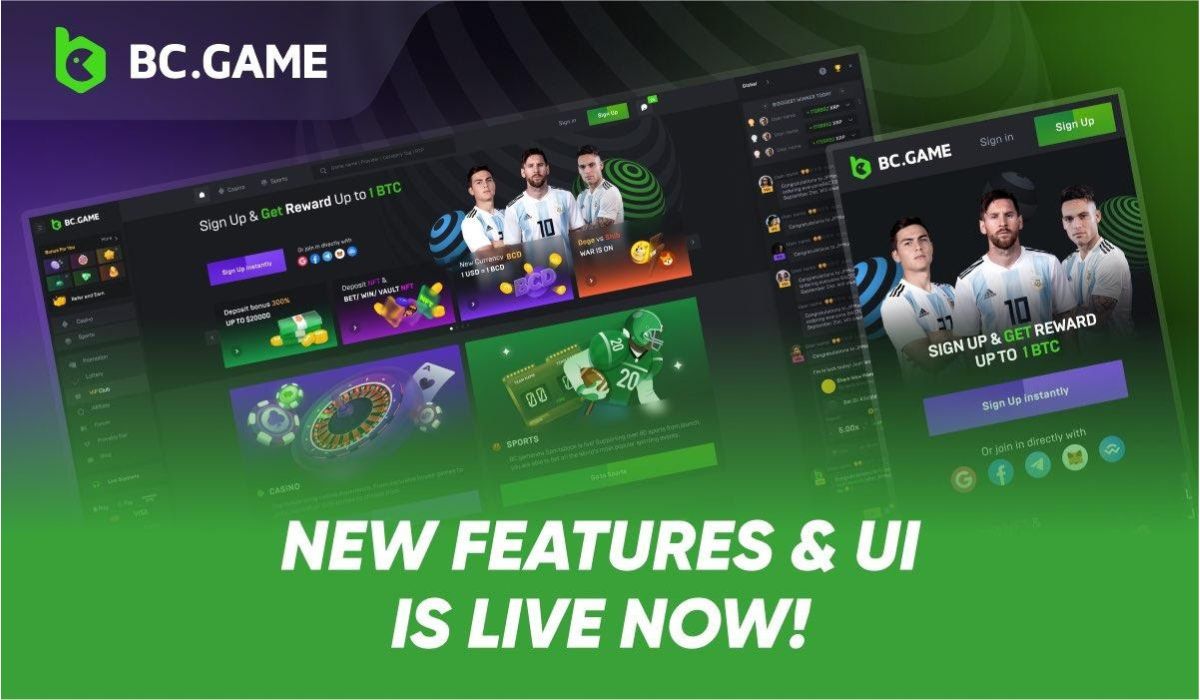 BC.GAME announces the launch of its newly revamped website, which offers its users more and better features. This is just one of the many initiatives BC.GAME is taking to ensure that all of its players receive the best service possible.

The primary website features an updated user interface (UI) layout with a sleeker and cleaner look than the previous version. Players who wish to translate the site’s descriptions can also choose from various languages. Players can now choose from multiple languages, including Portuguese, Indonesian, Russian, Vietnamese, Korean, and Spanish.

AFA and Cloud9, two of the most well-known brands in football and eSports, have recently partnered with BC.GAME. The new website includes a specific page for sponsorships to inform the public about the most recent activities involving the casino’s partners.

Features that are Bold and Better for BC.GAME Players

Players will now access useful content thanks to the new design, including game recommendations specific to each user, information about the game developers, and game descriptions.

Chris, Chief Operating Officer at BC.GAME says: “The iGaming industry moves fast. Keeping up with it is no small feat. As industry trailblazers, we pride ourselves on doing more than just staying ahead of the curve. Our goal is to create the curve. The only way to accomplish this is by keeping the communication channels with our community open. On behalf of the BC.GAME team, I would like to thank our loyal community for all the feedback and suggestions they have given by presenting this latest upgrade.”

Additional security features have been added, including an updated KYC feedback feature and a new Official Staff Verification page.