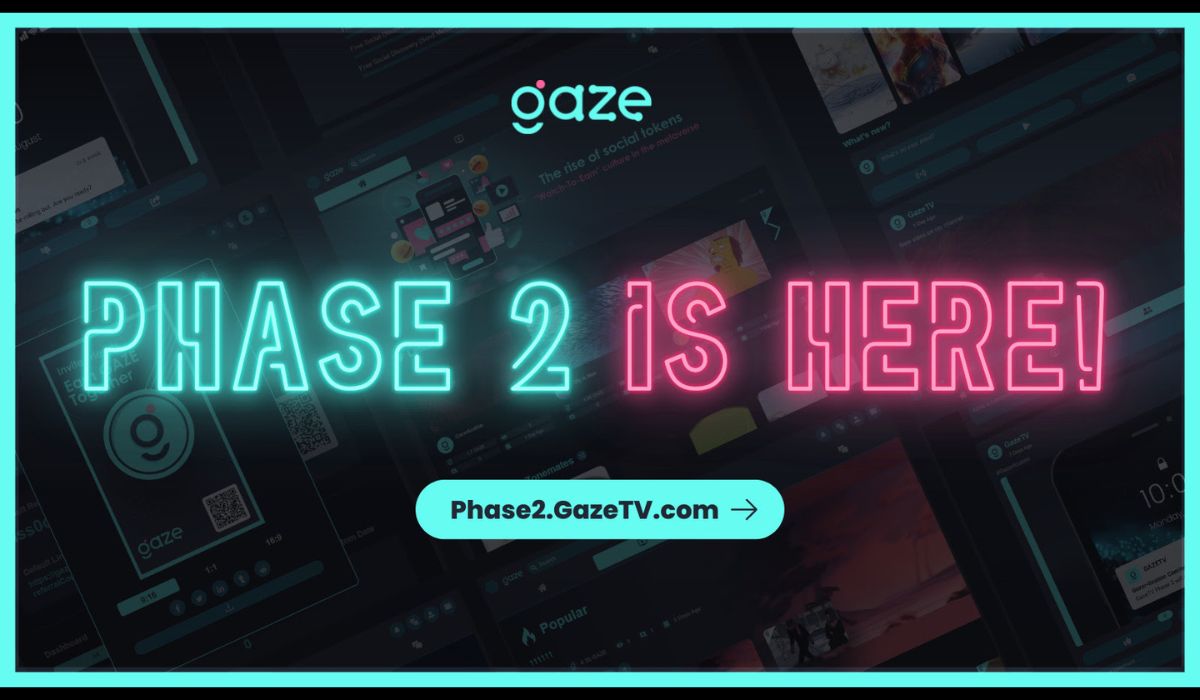 The new phase seeks to take the recently emerged GAZE tokenized economy to the next level. Since its launch, the GAZE tokenized ecosystems have connected content creators and their audience allowing them to get support and directly interact with each other.  The ecosystem has tremendously helped in embracing content creation by harnessing the power of blockchain technology. By design, the GAZE ecosystem has an Upload Reward Pool and an Engagement Reward Pool. The former allows content creators to build their content economy while the latter promotes user engagement.

Phase 1, dubbed GazeAge was introduced during the project launch with the primary focus on the video aspect of the industry. On the other hand, in Phase 2, Gazer Lization puts an emphasis on social and entertainment as a whole to ensure GazeTV turns into an all-rounded social entertainment platform. For this reason, Gazer-lization introduces a lot more new features. Despite the many changes, the latest chapter will reportedly retain the previous reward mechanism.

The team has been working on the new phase for about a year and is now happy to introduce new functions such as social networking, live stream, referrals, voucher system, P2P transfer, and many more.

The social networking space will create a section, ‘The Zone’, that allows everyone within the Gaze community to express themselves ad connect with others (Zonemates) who share the same interest.

Another exciting feature is the user tier, multiple levels created to encourage users’ participation. There will be four levels: GazeBie, GazeTank, GazeSeed, and GazeStar. Note that incentives are designed to increase as one moves up the different levels. Gazer-lization also provides an alternative revenue stream through the referrals program. Rewards are uncapped, with users being able to earn more by completing required tasks and through Gazepon. Gazepon is a voucher system for users to redeem exclusive offers n the platform.

With the new phase, content creators can have a steady income through the Channel Membership Subscription feature. This feature allows content creators to publish and price content on their channels for exclusive members. Creators can also monetize their works through live streams, receiving support from the audience or content transactions from their videos.