HUH Token Aims To Overtake DOGE And SHIB In The Race For Utility, Potentially Raising $65 Million In Presale 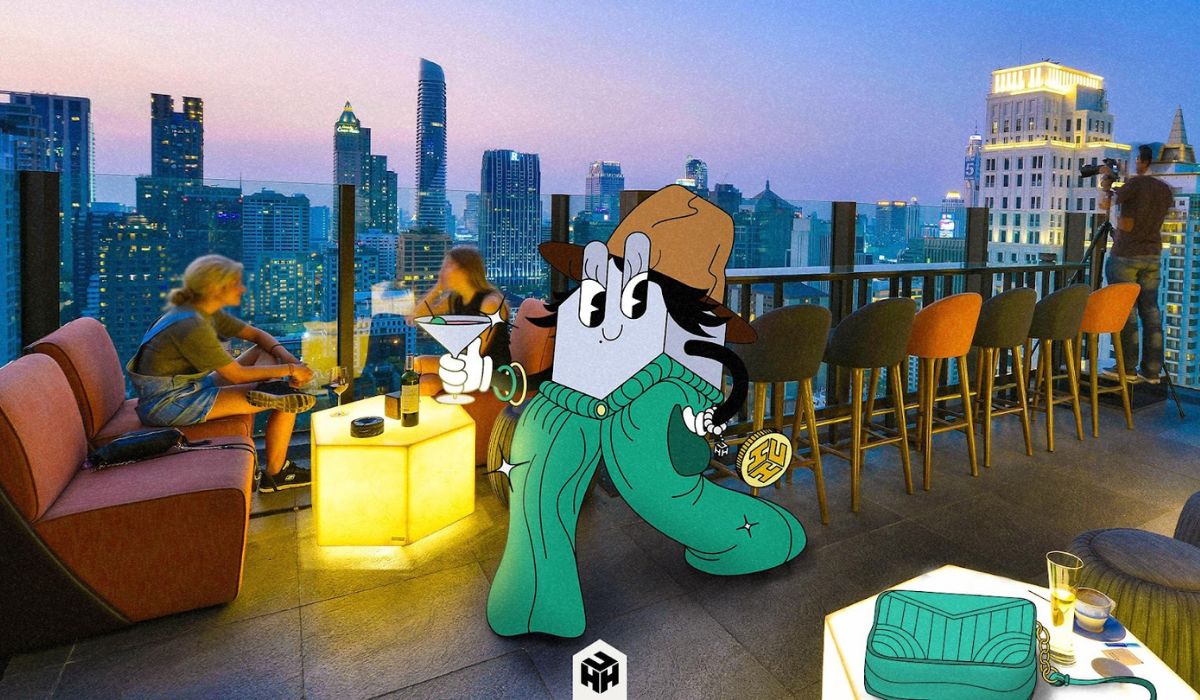 As we like to refer to them, meme coins are cryptocurrencies created based on viral jokes. Despite their popularity among young and experienced crypto investors, they receive a fair amount of criticism from industry experts. Right now, the challenge is to alter perceptions or make something as amusing as a meme into a wise investment. Crypto enthusiasts must understand how meme coins are changing their fundamentals because social media trends and traders significantly impact the value of these cryptocurrencies.

Due to their limited utility and use cases, meme coins have long been regarded as risky investments. However, numerous well-known as well as new projects, including Dogecoin (DOGE), Shiba Inu (SHIB), and HUH Token (HUH), are aspiring to improve real-world applications of the meme coins, thus bringing the change into the meme coin space.

Dogecoin (DOGE) has gained much attention from cryptocurrency investors and non-investors, mainly because of Elon Musk and his endorsement of the coin. Although Dogecoin may have initially been conceived as a joke, the introduction of Dogechain suggests that the popular meme coin may soon become much more useful.

Dogechain boosts DOGE to give the Dogecoin community access to crypto applications such as NFTs (non-fungible tokens), games, and DeFi (decentralised finance). Unfortunately, none of these applications or any decentralised applications can be supported by Dogecoin directly. This is fixed by Dogechain. Dogechain gives Dogecoin owners more options than simply waiting for the cryptocurrency’s value to increase.

Owners of Dogecoin (DOGE) can transfer their holdings to Dogechain in exchange for Wrapped Dogecoin (wDOGE), which can then be used to engage with DeFi apps as well as potential NFT markets, and games on the new platform.

Dogechain is already operational, enabling users to move DOGE over and engage with decentralised exchanges (DEXs) to purchase new tokens created on the chain. According to its online webpage, which embodies the same silly, meme-like vibes as the rest of the Dogecoin community, DOGE can also be utilised to pay gas fees on transactions done on the Dogechain.

However, since Dogechain is not based on Dogecoin, it is not a true layer-2 network. Simply put, it is an entirely separate network built on Polygon Edge, the most well-known Ethereum sidechain’s custom blockchain technology. Additionally, it is interoperable with the Ethereum Virtual Machine, allowing applications and games created for Ethereum to run on it.

Additionally, it is not an official Dogecoin initiative. The Dogecoin Foundation released a tweet claiming neither it nor the coin’s original creators, Jackson Palmer and Billy Markus, are affiliated with Dogechain. It has been made clear that Dogechain is unrelated to a Dogecoin blockchain explorer by the same name.

Social media users are understandably wary of Dogechain given the claims that Dogecoin’s founders and core developers aren’t connected to this project. However, some people are thrilled about the opportunity to experiment with applications on the platform and make predictions about silly-sounding tokens.

It’s intriguing that Shiba Inu (SHIB), a competing Ethereum-based token premised on the exact same dog as the authentic DOGE meme, is getting ready to introduce Shibarium, its layer-2 scaling network.

While one of the key real-world applications for Dogecoin is using it as a payment method, Shiba Inu (SHIB) aims to keep up with DOGE and has just taken a significant step forward in this direction. Shiba Inu joins the ranks of tokens supported by the Binance Card issued in Europe.

Shiba Inu support was confirmed to be added by Binance Card, enabling its Visa Card holders to use SHIB at 60 million online and physical vendor locations worldwide. The addition of Shiba Inu to the Binance Card increases the utility of the meme cryptocurrency and promotes its uptake in Europe.

Holders of the Binance Visa Card can use it any place they can see the Visa logo displayed. The card can be incorporated into Google Pay and Samsung Pay or employed for online transactions. The card allows instant cryptocurrency to euro conversion and is funded directly from the wallet. Shiba Inu tokens can thus be spent at 60 million merchant locations by Binance Card holders who also have SHIB tokens, eliminating the need for conversion and transfer processes.

An up-and-coming blockchain network called HUH Token (HUH) is a decentralised open-source meme token. The creators of HUH believe that having an evident utility behind it, that most other meme coins have little or none, is a key concept for creating a next-generation utimeme coin that can revolutionise the crypto space. HUH was developed using the tokenomics of a meme coin, but it also has clear functionality, creating a cohesive environment that opens up a wide range of growth opportunities.

The creators of HUH have gone to great lengths to optimise their marketing techniques in order to catch the interest of prominent influencers. The blockchain network intends to introduce MetHUH, a social media platform designed for influencers to publish content and be widely available to cryptocurrency users. The developer team recognises the importance social media communities have had on multiple meme coins and their success; thus, they aim to take their social media engagement to the next level and grow an impressive following for the HUH token.

The HUH Token takes its branding a notch further by focusing a segment of its official site on businessman Elon Musk, retaining 20% of HUH tokens for him to use, and encouraging users to tweet Musk in order to get his attention. But it is not all about HUH marketing; and it also holds generous and kind intentions. If Musk opts not to accept the tokens kept for him, HUH will donate them to a group that works to help stop young men from committing suicide. The HUH token team also has incredible plans for the future, including a top-secret media event and a 50,000 influencer roadblock by the end of 2022.

For various reasons, the HUH Network was constructed on its low-cost base layer blockchain. This has given it the freedom to select the Proof-of-Stake validation method that it prefers and awarded it the possibility of supporting other projects. The HUH Network protocol is also compatible with Ethereum Virtual Machine, making decentralised applications (dApps) and smart contracts interoperable on the blockchain. Any projects currently running on other EVM-compatible blockchains can be seamlessly transferred. This design strategy is expected to help accelerate the adoption of the network and make it simple for developers from other networks to join.

The native network’s token HUH will have several uses, making it more than just a regular meme token. With HUH, applications developed on top of the HUH blockchain network will operate on a PoS consensus mechanism. In addition, the token will also provide voting and governance rights to its holders. HUH token holders will have the ability to vote on significant decisions made within the HUH ecosystem. HUH network aims to build the largest social decentralised on-chain governance platform, providing accessibility to all crypto enthusiasts.

HUH tokens are now available in presale, with numerous bonuses being rewarded for its early adopters! If you believe in HUH’s vision and want to become a part of the HUH community, the presale period could be a convenient time to join the network and help HUH Token to revolutionise the meme coin sector.