Signifty to Use NFTs for Social Good and Charity through “Missions” 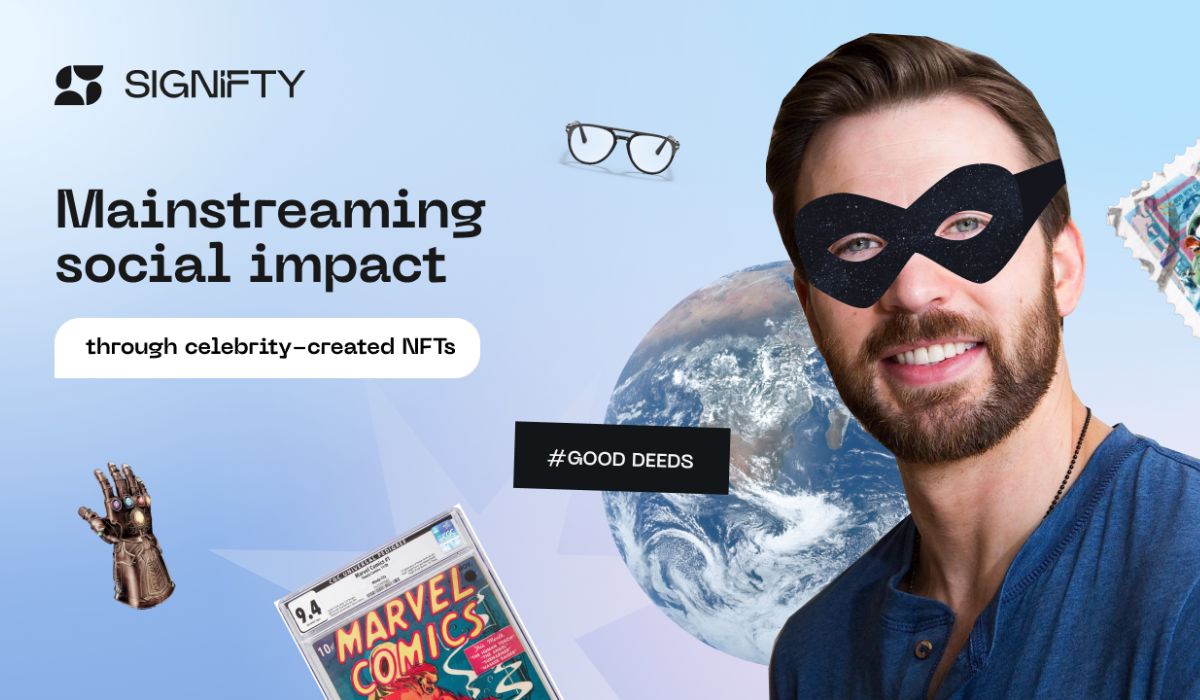 For many people, NFTs are only for flaunting on social media, gaining admission to exclusive avatar clubs and flipping for profit. However, there could be much more to them than meets the eye.

Signifty, a startup focused on NFTs, has found an untapped use case for NFTs that sees them beyond just minted JPEGs. The startup has an idea to leverage NFTs for philanthropic application in fundraising for charity purposes. This can include fundraising for environmental projects or humanitarian initiatives, and leveraging the influence of celebrities, referred to as the Great and Good.

Celebrities have philanthropic projects that they pursue, and NFTs have the ability to bring people together. With this combination, Signifty intends to harness the power of fans into an agent of social change through what it refers to as “Missions”.

Missions are campaigns championed by celebrities and approved by Signifty’s Good Deeds Center. They will then create an NFT collection around the charity idea, and all the funds generated from sales will be channelled to the cause.

An example is if a celebrity wants to save Javan rhinos, an endangered species in the Ujung Kulon National Park, custom audio, video, art, signature, letter, or personal item from the star is digitized by Signifty and turned into an NFT collection. This is then made available to the public, and the Mission will provide details about fundraising targets, what can be achieved with the proceeds, and how the NFT drop will proceed.

Other details, such as the rules for participation and whether the fundraising will be through whitelisting, an auction or a fixed sale, will be made available. If the event goes as planned and the funding target is reached, the fans who participated will each get an exclusive NFT from the celebrity while the funds are directed towards the conservation project. The entire process is based on the blockchain to ensure complete transparency and accountability.

Whether altruistic, speculative, or a mild obsession with a celebrity, all participants will have something to show for participating in the fundraising process.

Signifty’s idea of using NFTs for charitable causes is only one of many. A similar idea has been used to raise Ukraine funds and finance several environmental projects, led by artists who auction their work and organize fundraisers to support these causes.

For example, legendary NFT artist Beeple auctioned off his OceanFront NFT and raised 6 million for the Open Earth Foundation last year. At the same time, Edward Snowden did similar for the Freedom of the Press Foundation to the tune of $5.4 million.

While these are one-off events used to raise money from the rich, Signifty intends to democratize the process so that everyone can participate, no matter how little their effort may be. That way, everyone can have a piece of art in the form of an NFT they can trade or keep as a medal for doing their part in supporting a cause.