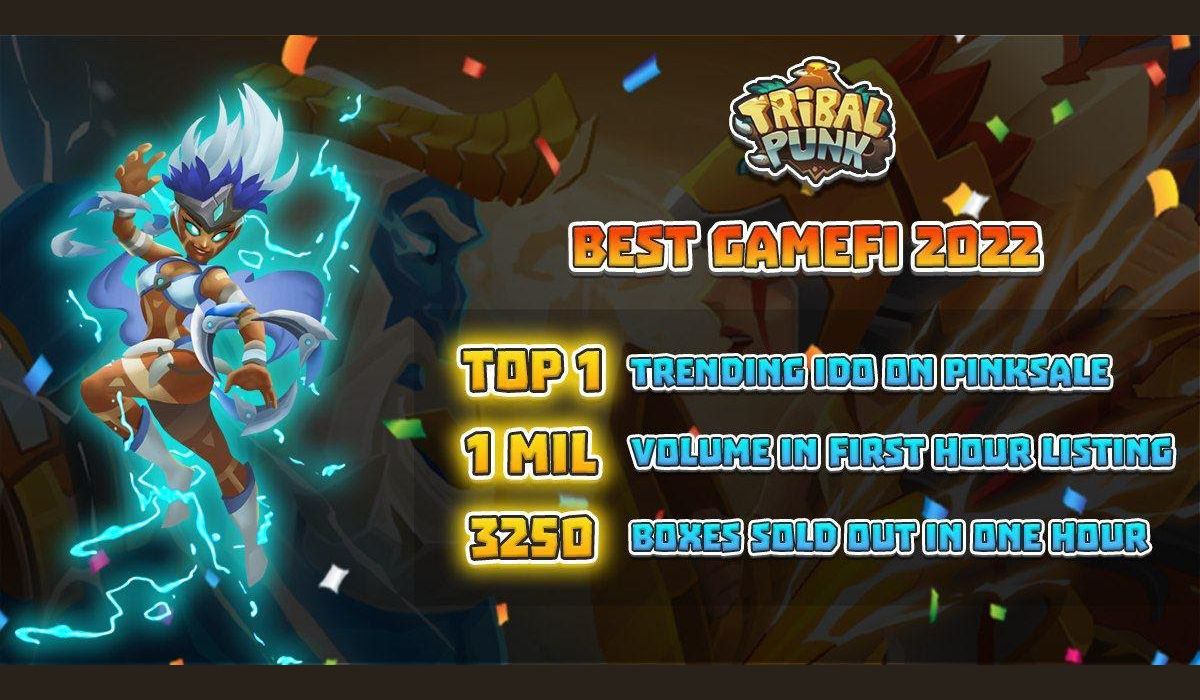 Tribalpunk Cryptoverse successfully listed the project’s governance tokens on Pancakeswap on May 31, 2022, garnering a lot of interest from the community despite the bear market at the time.

After severe turmoil, GameFi and the cryptocurrency industry as a whole are presently in a bear market. Due to the negative market prediction, everything was placed on hold, and GameFi saw a 90 percent decrease in investment flow.

The community has seen an incredibly successful IDO of Tribalpunk Cryptoverse, despite all the bad news and the depressing environment, and the project’s timeframe commitment to investors was unaffected.

Tribalpunk Built on the foundation of the conventional version of Tribalpunk, which has garnered multiple excellent reviews, Cryptoverse is a hybrid idle/RPG game and blockchain technology. Antada, a reputable mobile gaming studio, wants to debunk the misconception that blockchain games are dull click-and-earn games by creating a high-quality NFT game that is both entertaining and profitable. In an interview with Forbes Vietnam on May 31, 2022, Antada CEO discussed the transition from traditional games to GameFi and commended the team’s expertise in the long-term development of GameFi as well as the fundamental principles of sound game design.

Within the first hour of listing on Pancakeswap, $1,000,000 in trade volume was attained, and thousands of boxes were sold out in a matter of minutes.

Token The project’s governance token, ANTA, successfully completed an IDO on Pinksale and was listed on the Pancakeswap platform. ANTA token’s ATH hit 3.6x in the first 24 hours after listing, achieving top trending on BINANCE and TOP 10 growth tokens on DEXTOOLS, in addition to the TOP 1 trending on Pinksale and $1,000,000 in volume within the first hour after listing on Pancakeswap. Additionally, the project’s safety and transparency test on two top auditing systems yielded a perfect score of 100/100 for Tribalpunk Cryptoverse’s ANTA governance token (honeypot.is and tokensniffer.com with Safety Project Certification). 3250 units were sold out at the second Mystic Box sale in under seven minutes. This quick sellout demonstrated the enthusiasm throughout the community for tribalpunk.